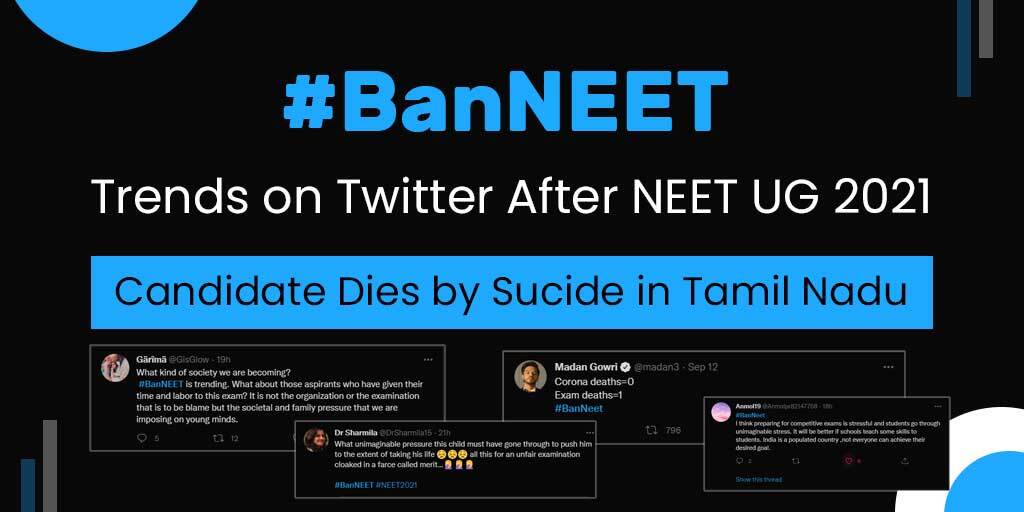 Meanwhile, the students made a trend namely #BanNEET on Twitter. Because a medical aspirant Salem died by suicide. He was from the Tamil Nadu state, a son of a farm laborer. He was found dead hours before the NEET Exam was about to start. He couldn’t clear the NEET Exam in the previous two attempts and he was afraid of failure this time as well.

Reacting to the news of students’ death, Tamil Nadu Chief Minister MK Stalin said his government would pass the NEET Permanent Exemption Bill in the Assembly.

NEET 2022 : How To Prepare For NEET Exam And Class-12 Board Exam Together Without Wasting A Year Or Two

Cheating In NEET 2021 : What Has Happened So Far, Full Details Inside

NEET 2021 : Phase 2 Registration Before Results, Know Details To Be Filled

No NEET Exams In Tamil Nadu From Now On : Admission Based On 12th Marks Says CM, Deets Inside