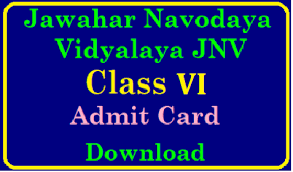 The admissions in JNVs are made through the Jawahar Navodaya Vidyalaya Selection Test for classes VI. The JNVST 2020 examination will be conducted in two phases-January 11, 2020 and April 11, 2020.

This year onwards the NTSE scholarships will be awarded to 2000 meritorious students.

The National Council of Educational Research and Training (NCERT) has announced the enhancement of scholarships from 1000 to 2000.

The scholarship amount was increased last year. "As on date 2000 scholarships are awarded in the country with reservation of 15 percent for SC, 7.5 percent for ST and 27 percent for other backward classes and 4 percent for group of students with benchmark disabilities," said NCERT.

The exam includes mental ability test and scholastic aptitude test. There is no negative working.

The second stage exam is held on the second Sunday of May. Candidates who qualify the first stage exam are eligible to appear for this exam.

OBC reservation and scholarship numbers were in the pipeline since a year. HRD Minister Prakash Javadekar had announced the changes last year.