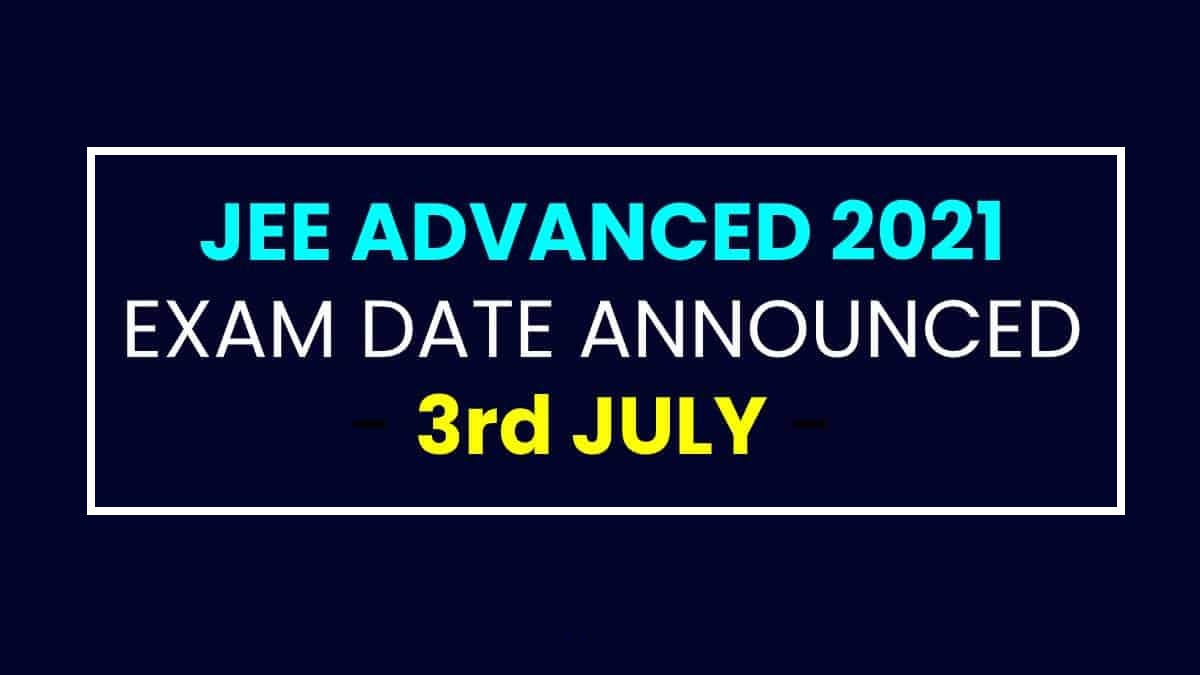 Joint Entrance Exam (Advanced) 2021 will be conducted on July 3. IIT Kharagpur will conduct the JEE Advanced exam this year, Union Education Minister Ramesh Pokhriyal announced on Thursday. The minister also said that the eligibility criteria of scoring minimum 75% aggregate marks in class 12th exam will not be applicable this year. He made the announcement on his Twitter and Facebook pages. This year, JEE Main will be held in four sessions from February to May. JEE advanced will be held only after the results of final session of JEE Main exam are announced.

Relaxation expected in eligibility criteria for admission into IITs

This year, students can expect some relaxation in eligibility criteria for admission into IITs. Education minister will announce the details shortly. He will be live on his social media platforms at 6 pm.

The JEE (Advanced) examination is conducted in the Computer Based Test (CBT) mode.

JEE Advanced ranks are used by these institutes

Indian Institutes of Science Education and Research (IISERs) located in

JEE Main to be held in various regional languages

JEE Advanced 2021 will be delayed this year

JEE Main 2021 to be held four times, JEE advanced after May

JEE Main 2021 will be conducted in four sessions in February, March, April and May starting from February 23 to 26, 2021.The next sessions of the exam will be held between March 15-18, April 27-30 and May 24-28, respectively. JEE Advanced will be held after the results of final session of JEE Main exam is declared.

Union education minister Ramesh Pokhriyal Nishank will announce the date of JEE Advanced 2021 at 6 pm today. He will also announce the eligibility criteria for taking admission into IITs